The human relations and the accidents of possible collaborations under a capitalist regime that mediates our values, priorities and affects at the moment of choosing or rejecting " to who" we will be giving our time, inspiration and creativity, and ultimately ,our solidarity and love (as part of Drama and Identity) a post-structuralist essay /actions dedicated to the memory of Philosopher Eugenio Trias Sagnier.

The first part for the post –structuralist exercise (History so far)
It has placed re-search at its core
so that I have collected a series of text , most from online sources
basically wikipedia

Theatre Director, Performance Art and Actor
which is printed as if a Theatre Script
The second part of the exercise (history so far)
It has been an improvised situation based on my
performative actions like generated in specific time/space
based public interactions
there the text about The Director, Performance Art, and The Actor
was given to any one who wanted to read it aloud with me.

So we all went

And we all did read

First as a mass congregation of united (community) church goers?
No!
But soon voices started to take of on their own terms...

So that the Chorus:The Tragic Chorus of Eugenio Trias Essay and Nieztsche too
was dissonant, polyphonic, multiple, fragmented !!

It happened naturally as all performances are not rehearsed
it happen by its own developing nature, its components decision making at every second that was passing, their notions of composition and harmonics.

There was once a Text, a text written by one member of our fragmented co-op
the text was used for a project, and was the result of conversation.
I would rather called philosophy in the Greek style made in a Bar between the few fragments –only 3-
of that association.

So text goes and talks about issues, issues that now when I read it back
reflect, the truth about how my post-structuralist intentions are getting
almost to the point of auto-conversion back in to Structuralism and maybe asking, contesting to
Levi-Strauss to the table too.

How come, we are so connected even with out talking?

What this member, that I will now call The Writer, describes, articulates, suggest,
Associates freely, and of course re-tells what the others had said too, he creates a kind of theatre stage with all this characters present the characters are various, but mostly all are fragmented Romantics.

It is important to go to the starting point, as the one member (fragment character) that have generated this project was on that conversation (symposium) and already his ideas where patent at the text, and this is why he has chosen to base Fragments the project of 2013 about the Text Fragment of Fragments from 2010

So that the Title has already a history

My question is now:
Did I had follow the indication of signs and patterns indicated at such text
So that when I decided to improvise after been left down by The Theatre Director
to make a collective reading and that it would transform on to a chorus of unequal voices as a kind of hypnotised, mental phenomena telepathic waves?
how come other wise can this Text contain such descriptions as?
Instead it points towards equal voices, towards the struggle that equality demands. To place voices in equal is to experience not harmonic synthesis (achieved through the sublime violence of sublation) but the constancy of struggle, of the discordance of discourse among equals.

As part of my piece situation (a single cell) is to re-create a dialogue
Some one to talk with
Some one with whom to collaborate
The Spirit on a once created entity had awaken
This is Tuesday 029, that appeared in my mind
and the mind of a partner in 2006 in Berlin
An entity that contained members, a collectivity
that had failed some how, a community, and the spectre
of that what we have been accused of not been

So here and now
Enters:
Tuesday 029

Joining the Tuesday 029 is an experience somewhere between induction into a secret society and participation in an intensive workshop environment where new members are summoned to month –long “initiation ceremonies” which combine elements of occult ritual, hypnosis sensory bombarding and intense, collaborative creative activity.

Following initiation, members return periodically to repeat and develop the more advanced stages of the process. The point of the work produced in this secret environment is not his aesthetic value: it is not indeed for exhibition. The purpose of making this collaborative work is that it should influence each member’s individual practice, which through the public exposure then serves as an unconscious vehicle for the furtherance of Tuesday 029’s aims as an organisation. Our decision to include this work in the exhibition is complex. Since the turn of the millennium, factional conflicts have become rife, apparently for the first time in the history of Tuesday 029 (the precise length of that history is unknown to any but a few senior members). These disputes have spread like a virus throughout the membership, and have centred on a growing sense of unease over possible corruption and distortion of the organisation’s message. There have also been related suggestions of exploitative and unethical employment of certain of the “teaching” methods used during the initiation of the new members .The implication is that some person or persons in the small but potentially very powerful administrative layer are both abusing their positions and even attempting to sabotage the organisation .As rumours and allegations have proliferated, factions have formed and tempers have frayed: there have even been death threats –something previously unthinkable in an organisation so vehemently opposed to violence in any form, and a measure of the gravity of the gravity of the crisis.
Berlin 2006

Now, 7 years later is an even more ethereal, aural and unpredictable entity
that is calling some how to be a kind of reflection of what the chore of Fragments as ethos
can become if materialised as a community.

This is what I can call, a repetition of patterns and ideas that are all self contained on a kind of matrix idea
the noun Fragment :

frag·ment (frgmnt)
n.
1. A small part broken off or detached.
2. An incomplete or isolated portion; a bit: overheard fragments of their conversation; extant fragments of an old manuscript.
3. Grammar A sentence fragment.
v. (-mnt) frag·ment·ed, frag·ment·ing, frag·ments
v.tr.
To break or separate (something) into fragments.
v.intr.
To become broken into fragments: After the election, the coalition fragmented.
[Middle English, from Latin fragmentum, from frangere, frag-, to break; see bhreg- in Indo-European roots.]
The American Heritage® Dictionary of the English Language, Fourth Edition copyright ©2000 by Houghton Mifflin Company. Updated in 2009. Published by Houghton Mifflin Company. All rights reserved.
fragment
n [?frægm?nt]
1. a piece broken off or detached fragments of rock
2. an incomplete piece; portion fragments of a novel
3. a scrap; morsel; bit
vb [fræg?m?nt] also US fragmentize [?frægm?n?ta?z]
to break or cause to break into fragments
[from Latin fragmentum, from frangere to break]

[edit]Television and film
"Fragments" (Torchwood), an episode from the BBC TV series
"Fragments", an episode from the Canadian TV series Sanctuary
Fragments (film) (a.k.a. Winged Creatures), a 2009 film
Fragments: Chronicle of a Vanishing, a 1991 Croatian film
[edit]Music
"Fragments", a song from Endless Wire (The Who album)
Fragments (album), a 1987 album by jazz pianist Paul Bley
Fragments, an album by the Danish singer Jakob Sveistrup
[edit]Other
Fragments, a play by Edward Albee
Fragments: Memories of a Wartime Childhood 1939–1948, a fictional memoir of Holocaust survival by Binjamin Wilkomirski
.hack//fragment, an online and offline RPG from the .hack video game series
[edit]Other

Fragment (computer graphics), all the data necessary to generate a pixel in the frame buffer
Fragment identifier, the segment of a URL following the "#" that identifies a portion of a larger document
Literary fragment, a brief or unfinished work of prose
Sentence fragment, a sentence not containing a subject or a predicate
[edit]See also

Seeing the descriptions about Fragments I wonder if it means too many things
too many possible takes on the takes that have been already conscious collective
of meanings
for me now that I am alone
only can do what I am better at
to communicate with the spirits
let them talk trough out Tuesday 029
let be Tuesday 029 the spirit of what it really means
Us versus I ,
the collective of fragments

My position in fragments as a fragment
My fragmented been tested
Then the dialogue requested by fragments for fragments
I reach out and look around
There is no one to talk to
One summer day I think I found some one
Is a presence an idea materialised on the identity?
of some one who may want to talk, to collaborate
to dialogue?
I know now what Lacan would say to me …
Again, you did it again!
I see him, with his foulard and white hair
that day at La Sorbonne, talking and talking about
Je, Me, is the other so the other is me, so other is never here
The project is Fragments and is about all Fragmented
Are my Fragments, just mere deconstruction exercises?
I don’t think so
Fragments here are real, real pieces of Otherness
They are characters with identities, with voices and specific
physical weight.
Each of us, presenting its fragment but then at the same time presenting
their relations, their affects, their accomplices.
But, me?
This is my fragment
and I start to question again
Already used to talk to the dead
So here is Lacan
And Marx too
And this voice appears from the other side
The legacy of ideas so influential and seminal
of a philosopher, Eugenio Trias Sagnier
he that indicated me
that I was not alone when feeling Sinister
Drama and Identity
here is that enlighten essay
and it is not my situation, my times, a Drama?
A Drama about to be a Tragedy?
and is it not related to identity?
Who am I when not chosen
Who am I, when feeling sinister
who am I? asked Nadja too 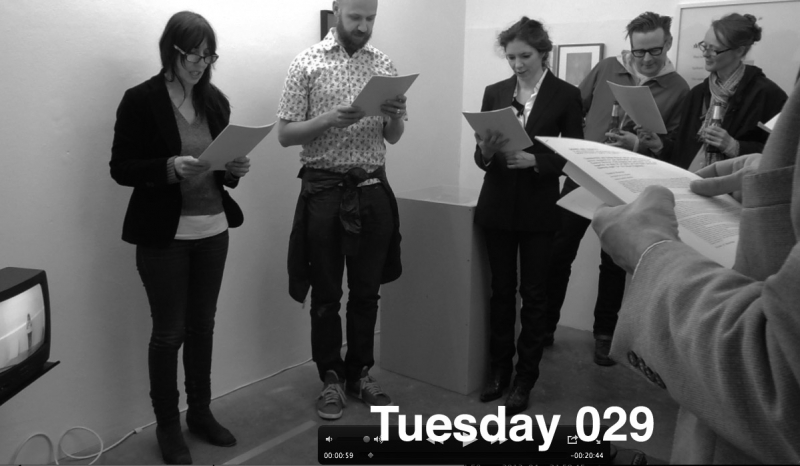 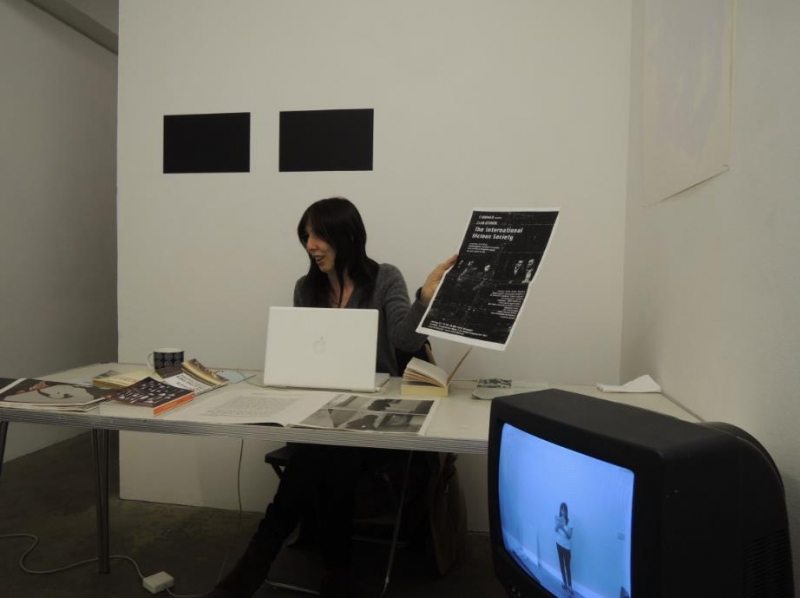 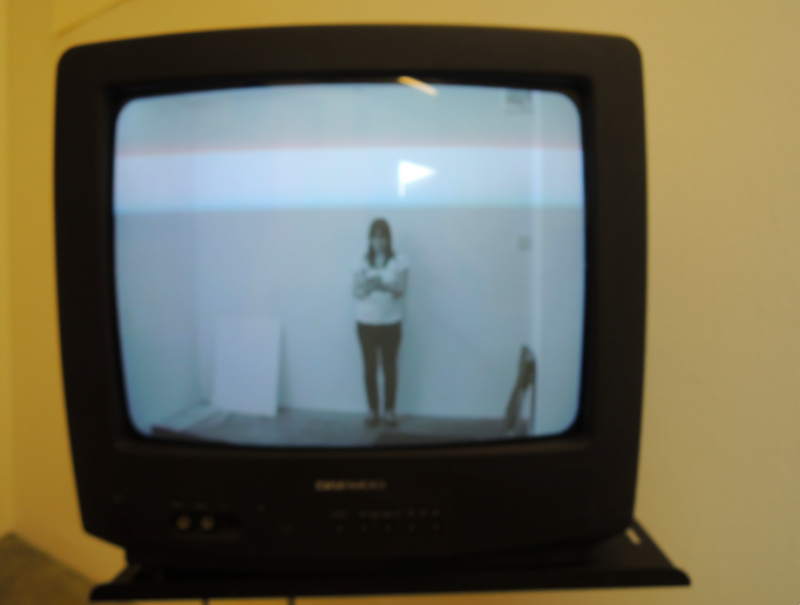 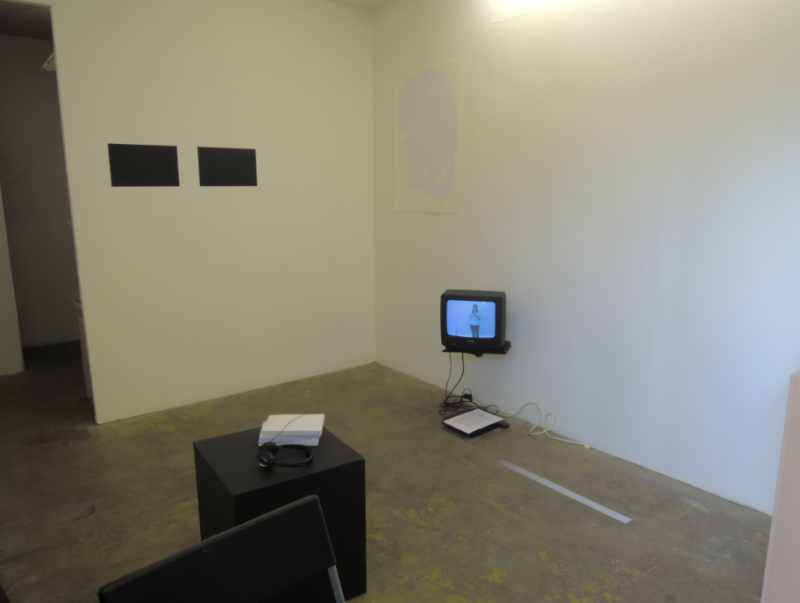 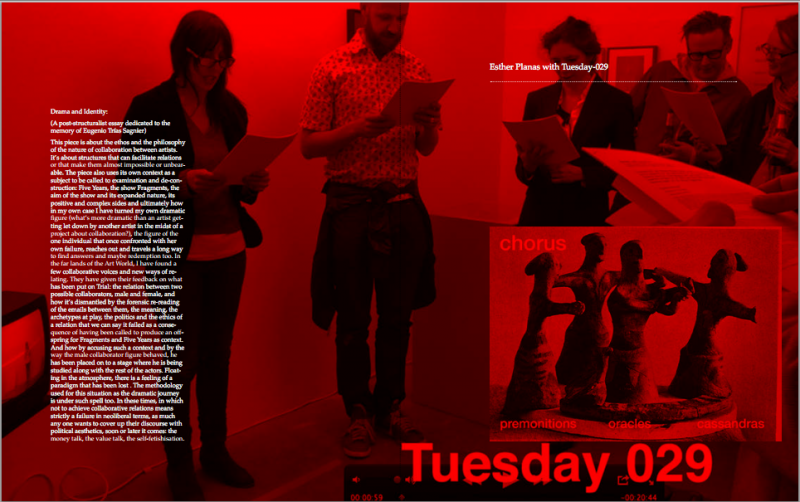