This text was commissioned by the early online magazine WAM, of Architecture.
I am reproducing this here, to that informs and supports a recurrent use of one's body
as an archetype.
And to how performance was introduced in the research that works where too.
Esther Planas 2015

As a woman, I feel the alchemy when painting, the concoction of things. Knowing the laws of life through its own cyclical nature, through the necessary patience that pregnancy requires, I know and perceive very clearly the importance of the seed which will be nurtured in the darkness and the time which it will have to remain hidden in gestation.
Also magic, witchcraft, is similar to the act of preparing the paint and painting, creating images and who knows if you have mixed other powders with the pigments, other essences of ritual and spell in the act of painting.
Therefore to be a Mediterranean woman and to be a painter fundamentally unite these two types of very ancient woman:
The poetess, the Homeric goddess, Circes and Calipsos, possessors of the Ctonic mystery of Demeter and her daughter Persefone, who are surely inspired by real and very special women, who lived alone and were magicians.
The woman of the earth, who knows about the Moon and its secrets in order to make the crops grow , who knows how to mix, to cook and to make an original alchemy. Who discovers the meaning of fermentation and with the passing of time, an ally, to make wine, oil and bread. And afterwards she will dance and sing to celebrate it.

The collectors of the one hundred heads of Narkissos
Creator woman, who impregnates herself by the Moon, who is the first cousin of the cyclical Moon, expecting and giver of birth knows and creates the food, she is the first of the alchemists. To understand this woman one has to pass through the grand patriarchial wall of adobe, marble and stone, the era in which we continue to be immersed. And the nights of the full moon arrive, where the White Goddesses dance their nuptial rituals. Today, when a woman dares to create, she recuperates the ancestral archetype of the witch that concocts, the sorceress of time, the knower of secret roots and miraculous bulbs. She recovers herself like an expanding vessel of a seed-idea which will blossom into a fruit-work. Were the winds or the Moon to impregnate her, she would know the iniciation path, the Ctonic secret of death and of night which will bring light and life. Persefone approaches her when she mixes the pigments. And continues protecting her, and she is the one who adores Persefone. To be a woman, to be a painter, is to be a medium, a bacchante, a Maenad. To take part in the Dionisiac chorus of life and death. It is to know how to extract from the dead, the life which will be found in eternal Egyptian pictures. 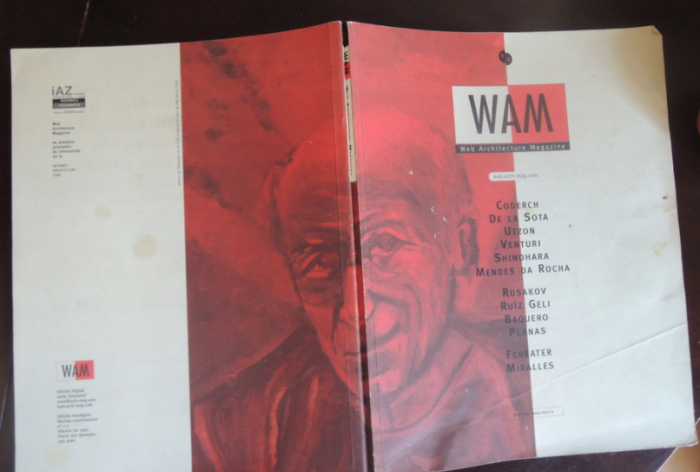 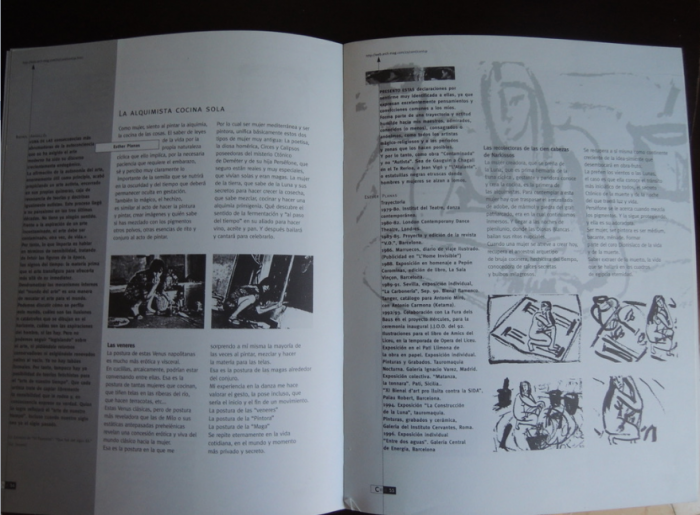 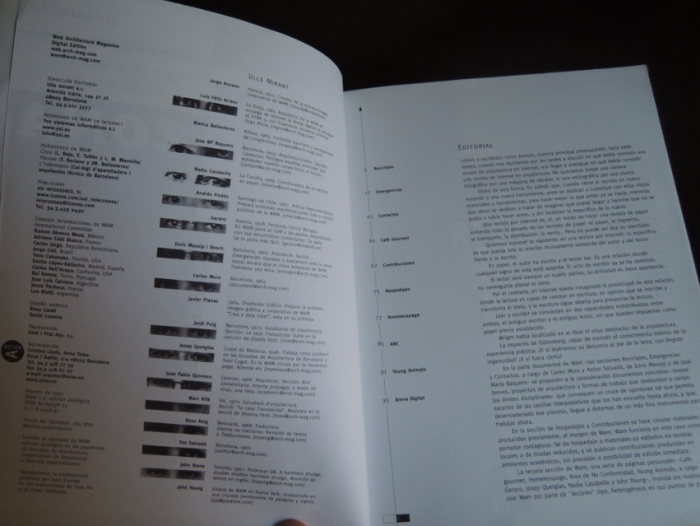