2011
Agora não/Not yet (w/ Filipa Ramos)
Performance and installation.
«A letter was sent to various persons - dear acquaintances and some admired individuals - inviting them to share a non-done projects of theirs. The ongoing collection of these contributions is thus becoming an anthology of non-pursued thoughts. Each of them will be publicly opened one by one and displayed in an event that will take place on the evening of the 17th of June 2011, from 6pm onwards, at The Barber Shop in Lisbon. Simultaneously, José Albergaria, from Change is good, Cláudia Castelo and António Gomes, from barbara says, will be producing in real time the catalogue of the project.»

For this project I presented a series of printed posters in primary colours where a designed /choreographed page contained a performance of basic poses reacting to a famous brutalist building that I encounter during that walks around my neighbourhood in East London.

The display of the images and text had its own formal sense , all to highlight relations and composition, control, measure.
Movement paused on positions
Positions by process of a trajectory
becoming pose, repetition and difference
a dance of the pose and the captured seconds
posing by the building
Found Sculptures which to activate
by detour and misuse 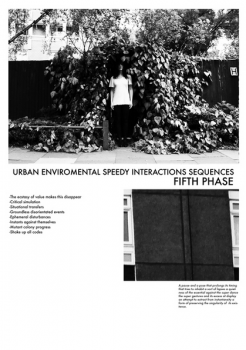 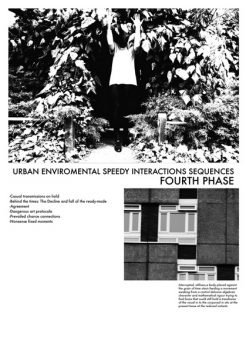 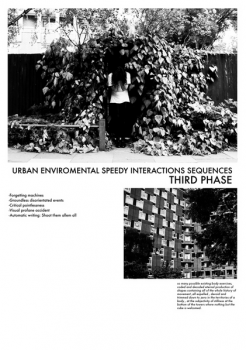 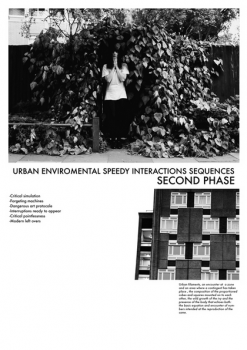 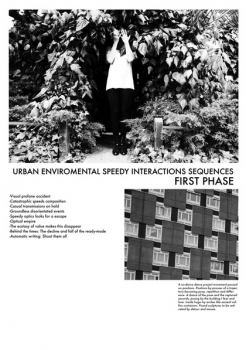 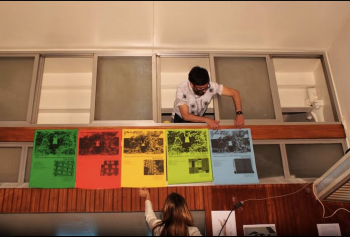 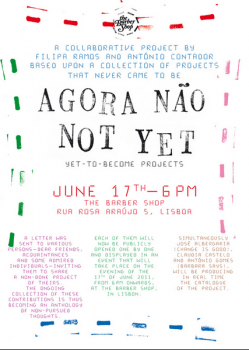