My ongoing interest in artist-run spaces and their possible or impossible structures, in self-management under precarious situations, and all sorts of ways of organising and structure between artists, either to create parallel institutions as did (Black Mountain College, Bauhaus, or Escola Eina
(Barcelona) among many others, or to try and set up not new institutions but to institute, to provide with options for certain people at certain times of their lives and context (Bloomsbury Group, Group de Treball
(Barcelona) Five Years, London)

A starting point for this investigation is Five Years, the artist-run project and space with which I am involved since 1998. To revise, to map our threads and our trajectory has been my aim and I am studying the matter for the last few years.

The basic tool of my methodology is "comparative tactics" "genealogy, historic reviews" and "practice-based research".

The knowledge of Beta-Local's existence is only possible throughout practice, in my case for having shown and given a performative workshop at the artist-run space in Guatemala: Proyectos Ultravioleta. Stefan Benchoam who is one if its "makers" had been there a few months before my trip to Guatemala in January 2011 doing a summer residence there and talked to me about it.

The next step was to contact Beta-Local and establish email and skype communication, basically with Beatriz Santiago Muñoz one of the artists that lead the project in San Juan. Our dialogue was fruitful and after considering a few possibilities for exchange etc a question of timeline and schedules narrows down the situation and as part of the process it just appear to me that to actually use the time slot for the invitation to Beta-Local's artist or associates, to actually "present, unfold, activate " what Beta-Local structure is about and it's few lines of work.

The premise presented here it is what was done and how was resolved in terms of the use of time and space.

Esther Planas at Five Years is pleased to introduce Beta-Local, an artist-run space based in San Juan, Puerto Rico.

During the 3 weekends of the show, a few of the main lines of work at Beta-Local will be activated, plus some online projects and guests from Five Years members and close collaborators.

On the opening night, we will bring El Comedor de Los Viernes to our space with Puerto Rican food recipes by Beta-Local members.

Beta-Local is a non-profit organisation dedicated to supporting and promoting aesthetic thought and practice through various programs:
La Práctica, a post-academic study and production program, through which Fellows coming from diverse disciplines take a project from concept to production.
The Harbor: a residency program for visiting international artists, architects, designers and other cultural producers. Visitors to Beta-Local, develop projects, workshops and offer lectures on a variety of subjects related to art and other creative disciplines to the general public and to La Práctica Fellows.
La Ivan Illich, an open experimental school through which the participating public suggests, requests and creates courses and workshops.
and a full schedule of public programming which includes exhibitions, lectures, Pin-ups (open critiques), screenings, and publications.
We also have a small reference library, La Esquina, focused on art and design open once a week to the general public.

This project takes as its point of departure the exhibition of Mail
Art Creation organised by the artist Julio Plaza at the University of
Mayaguez, Puerto Rico in 1972. This exhibition later went on to be the
basis for two other Mail Art shows organised by Plaza and Walter Zanini
in Sao Paulo, Poeticas Visuaes 1977 and Arte Postal 1981.
Decentralising the production and distribution of artworks, these
exhibitions brought together a large number of artists coming from all
over the world, and established strong links of exchange between
countries that were considered to be part of the 'periphery' and that
were under dictatorial regimes in Latin America, Eastern, and Southern
Europe. Following the same spirit in which those exhibitions were
organised, this case study presents a selection of works that were
submitted to the shows and that has now been photocopied and scanned
to continue the processes of exchange of information that they
initiated. Recovering ideas that evolve around critical approaches to
the status of art as a commodity and to culture as a spectacle and a
profitable driven activity, these exhibitions considered art as a
process of exchange that makes use of the most readily available means
of production and distribution.

21 and 22 of July
Daily : presentation of the ongoing /online project plus
the viewing of the first two films made on the Journal.

DAILY was originally developed as a collaboration
between Beta-Local in San Juan, Puerto Rico, and Soma in Mexico City,
and commissioned by the Polygraphic Triennial in San Juan, where it is
being exhibited until mid-august.
The projects have had two interactions so far: the first one was
organised between Beta-Local and Soma, and the second conversation
added Proyectos Ultravioleta, an art space in Guatemala City. During
this third iteration, a collaboration with Five Years, we'd like to
invite you to participate in the conversation. DAILY will be on
exhibit at Five Years during the month of July.

DAILY seeks to sustain a month-long conversation through visual
language, particularly the language of press images. The conversation
should reflect the themes and ideas of interest of everyone involved,
as well as leave a trace of the place where the images were generated.
We've invited academics, artists, dancers, historians, and other collaborators so far. 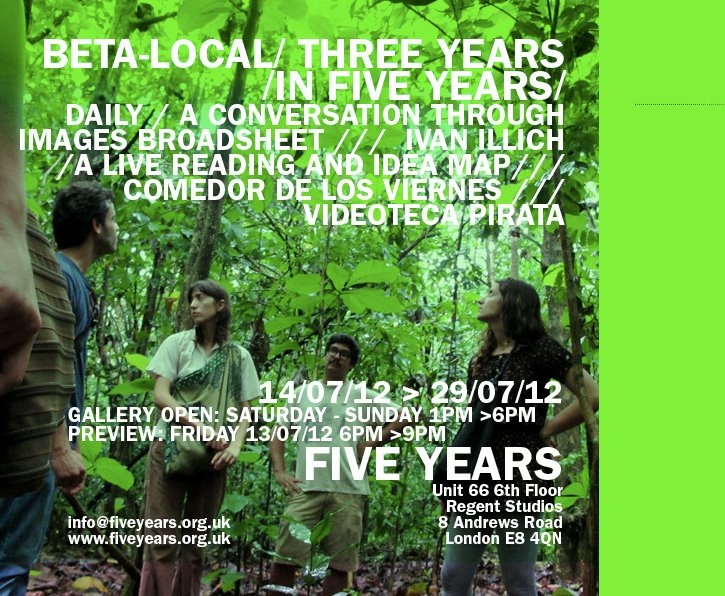 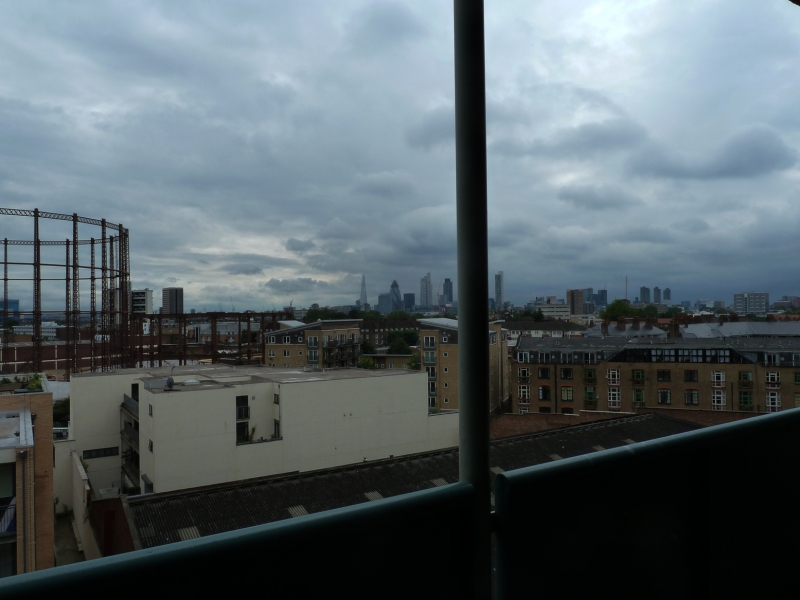 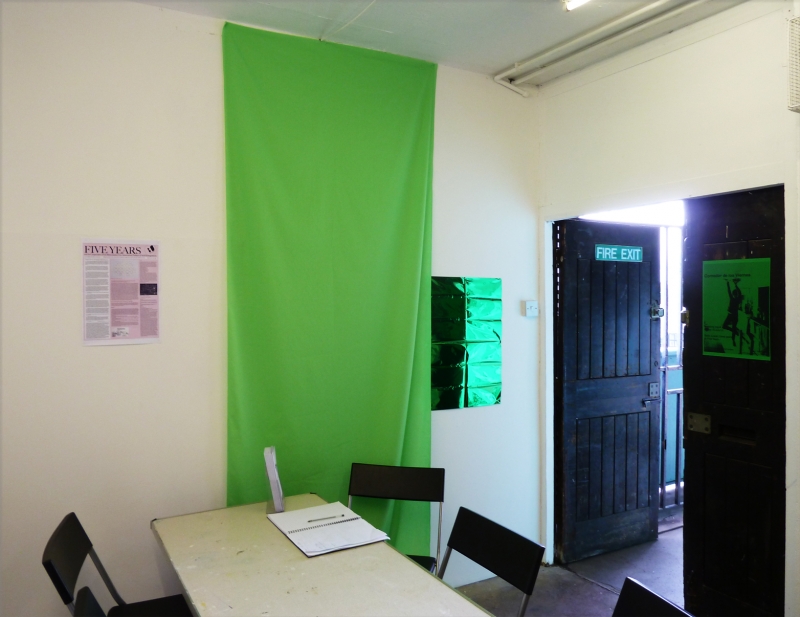 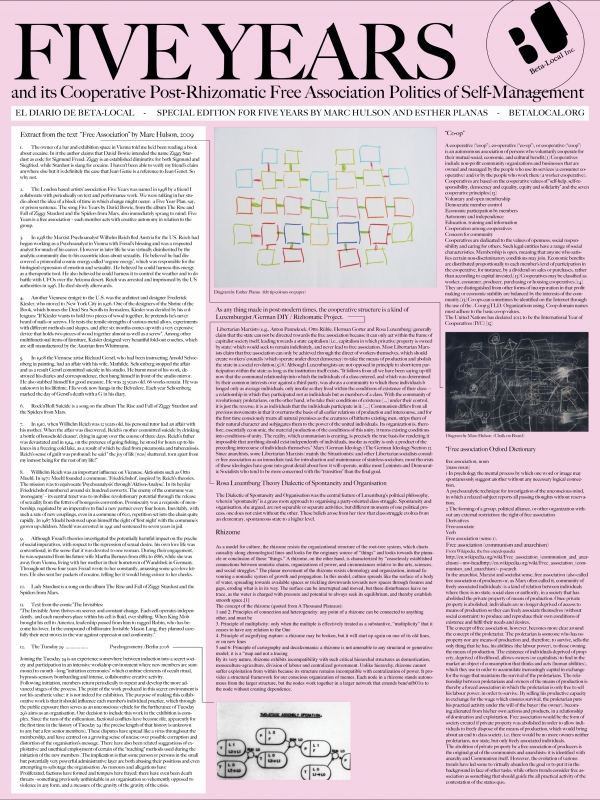 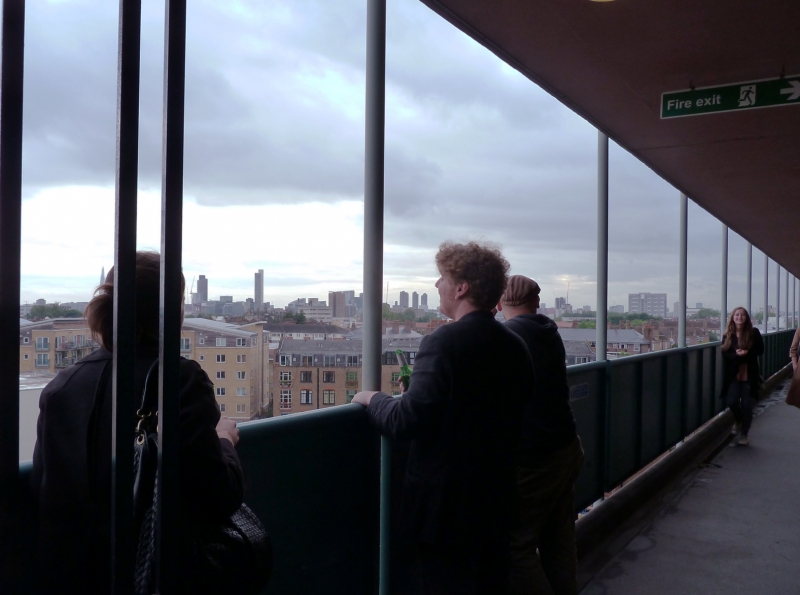 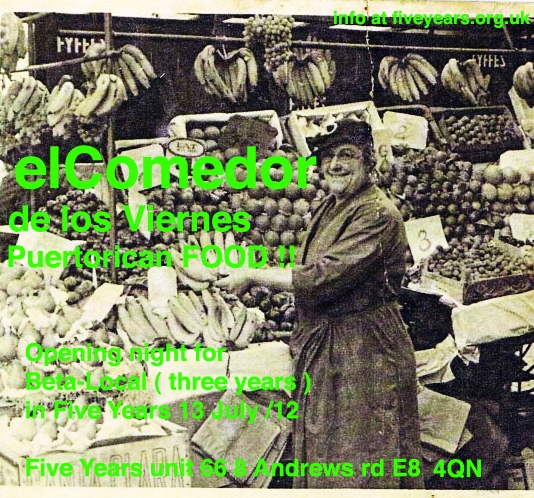 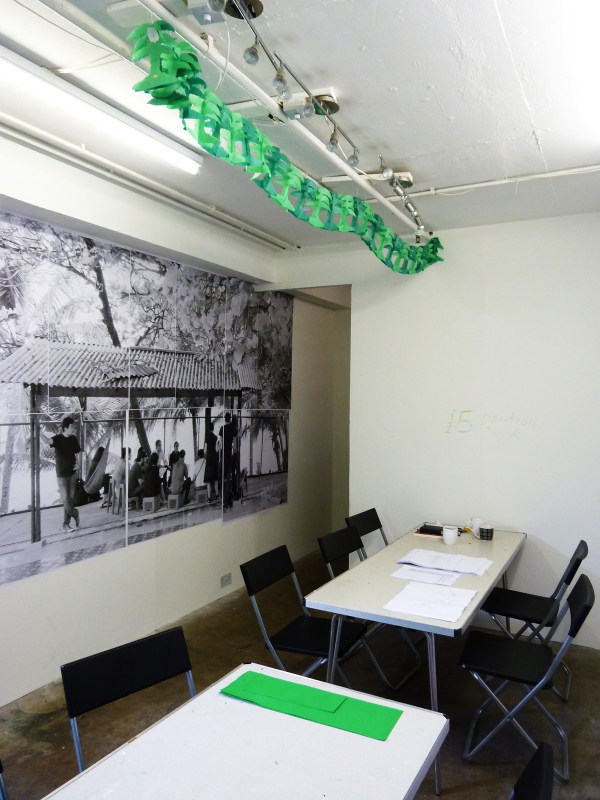 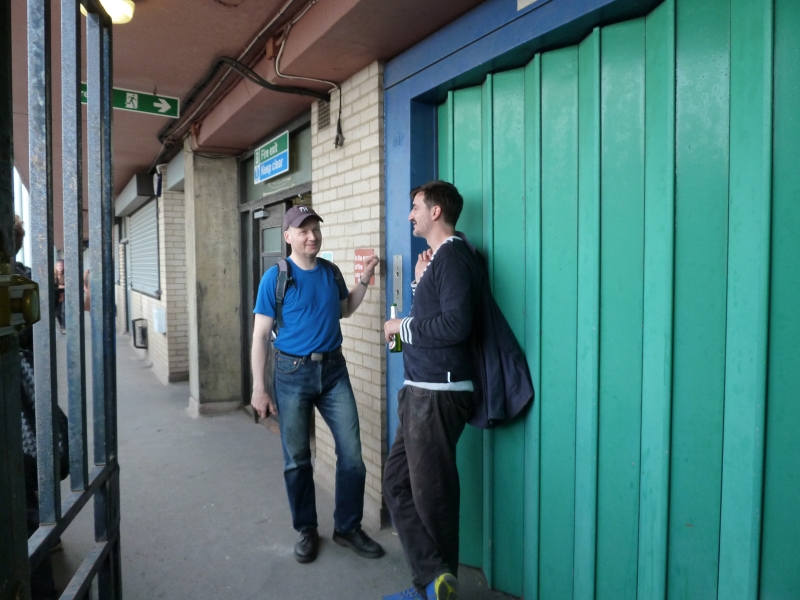 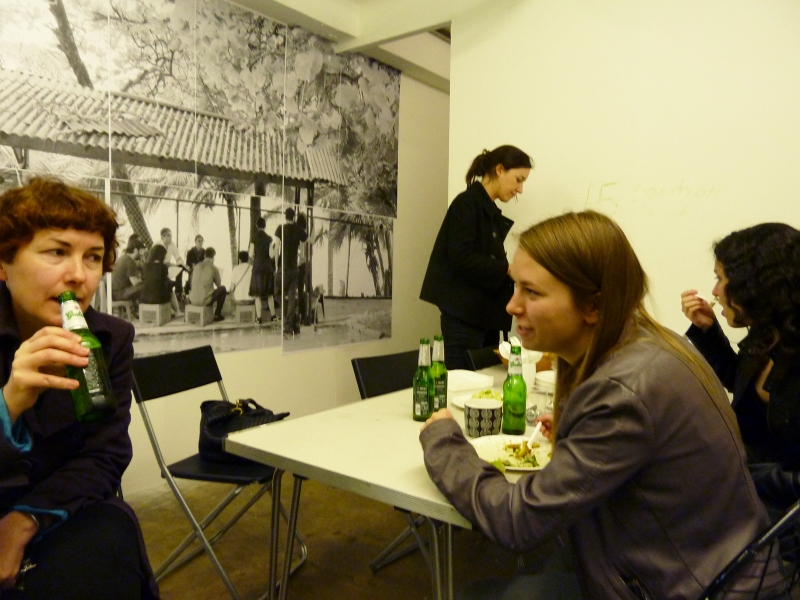 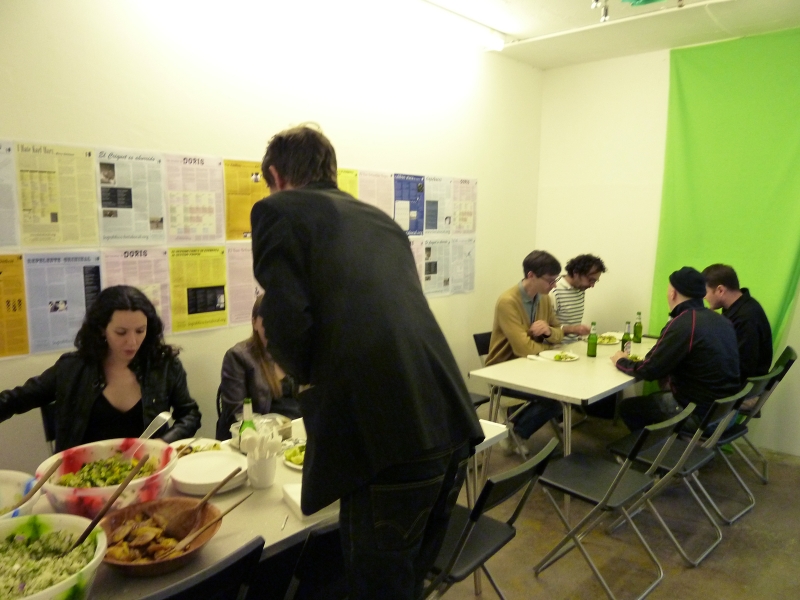 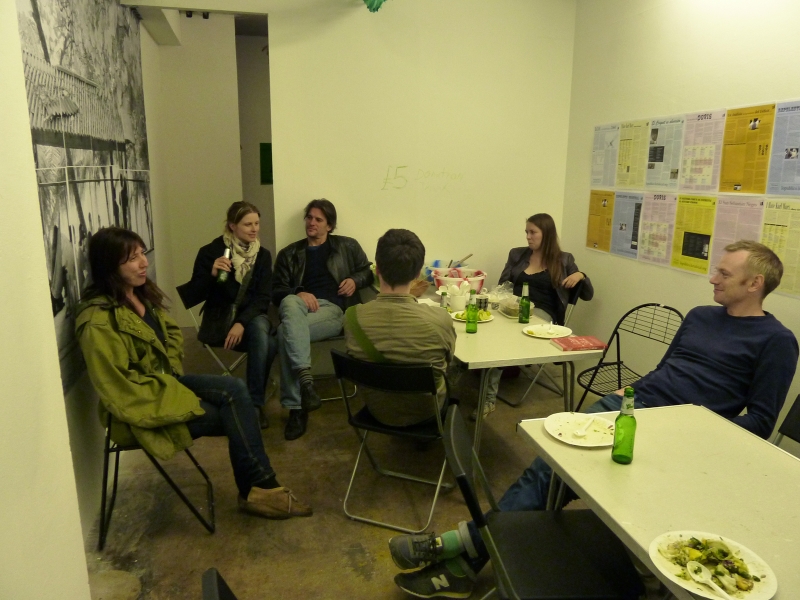 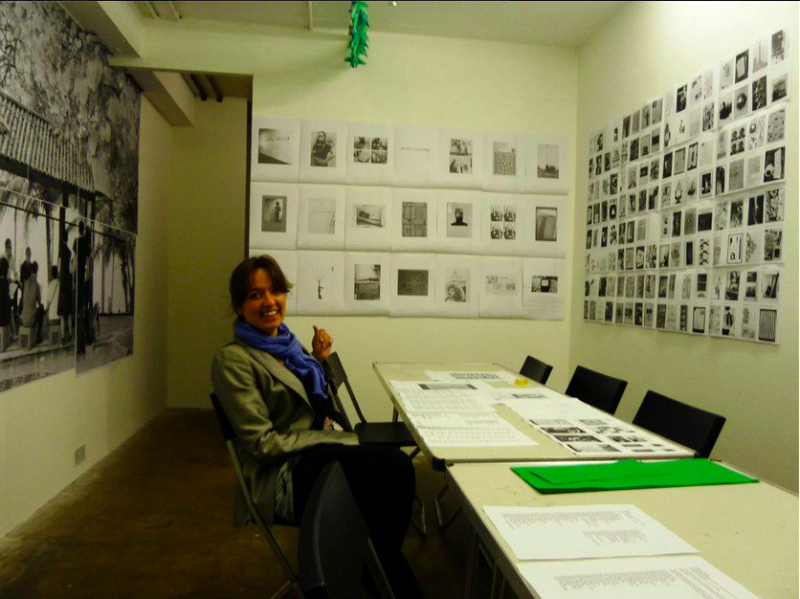 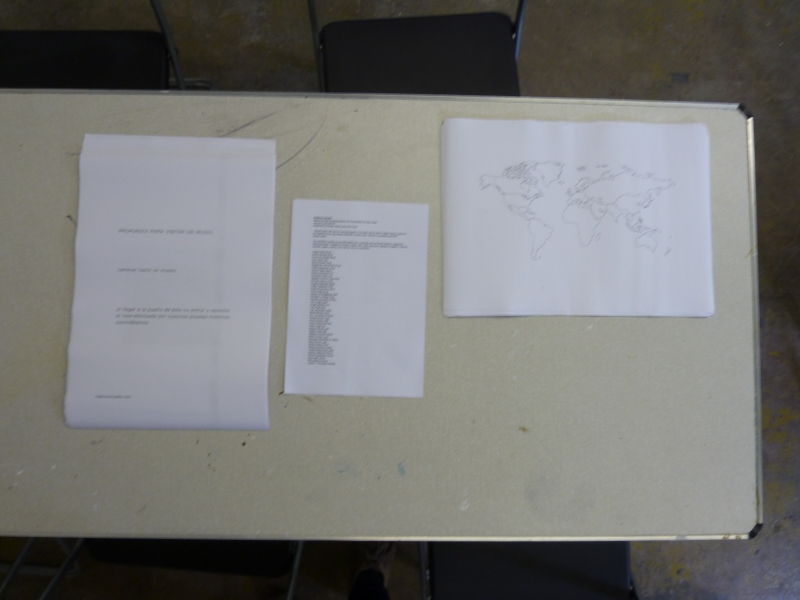 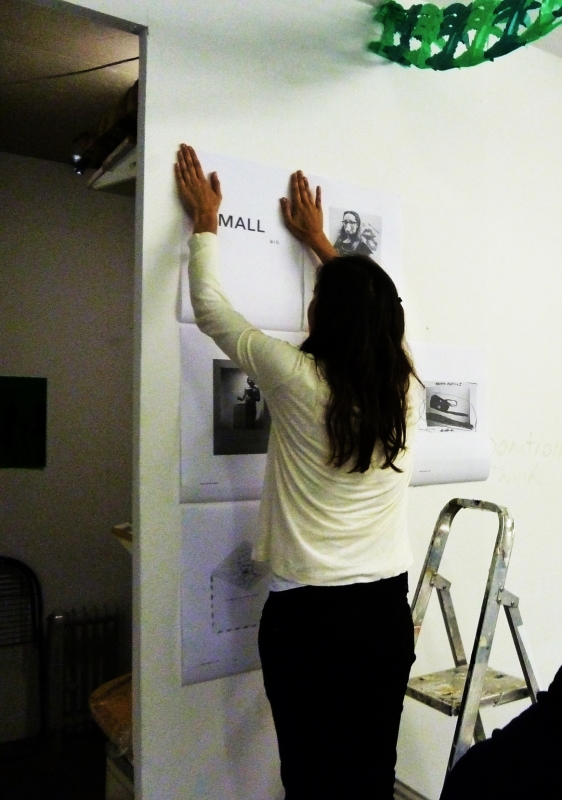 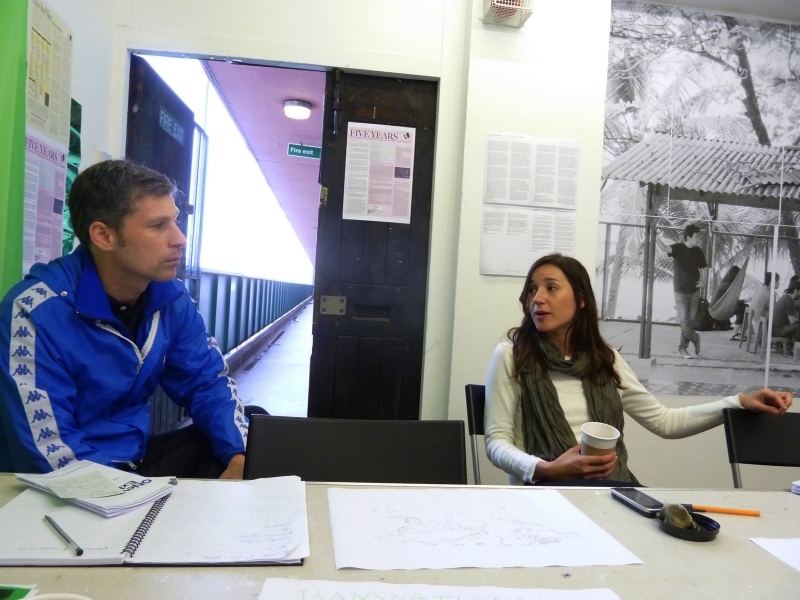 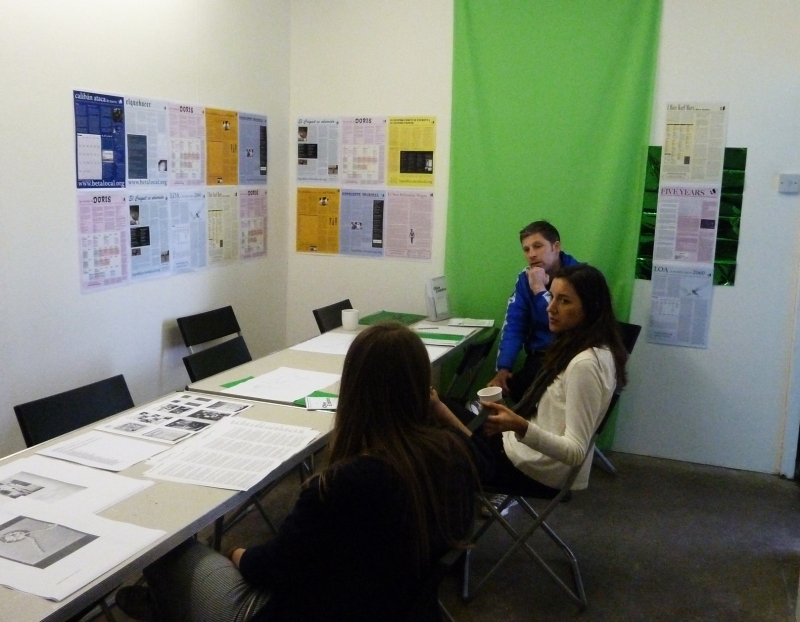 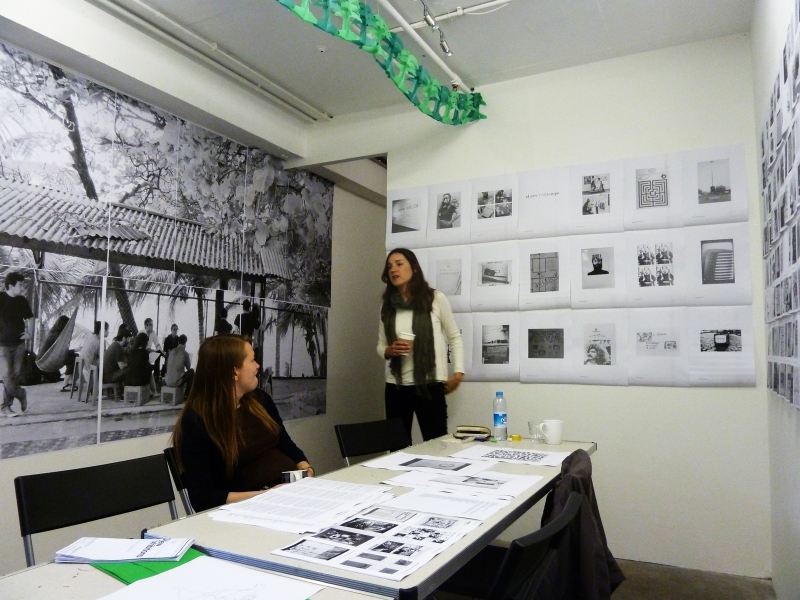 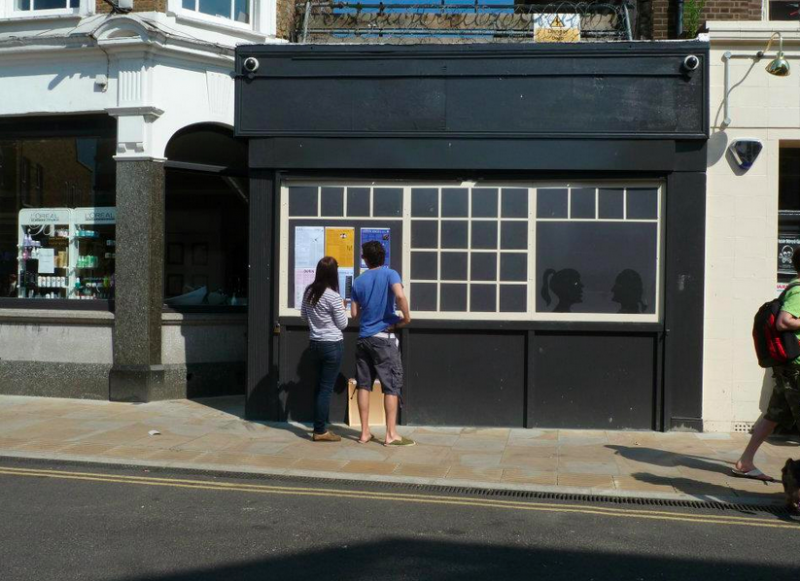 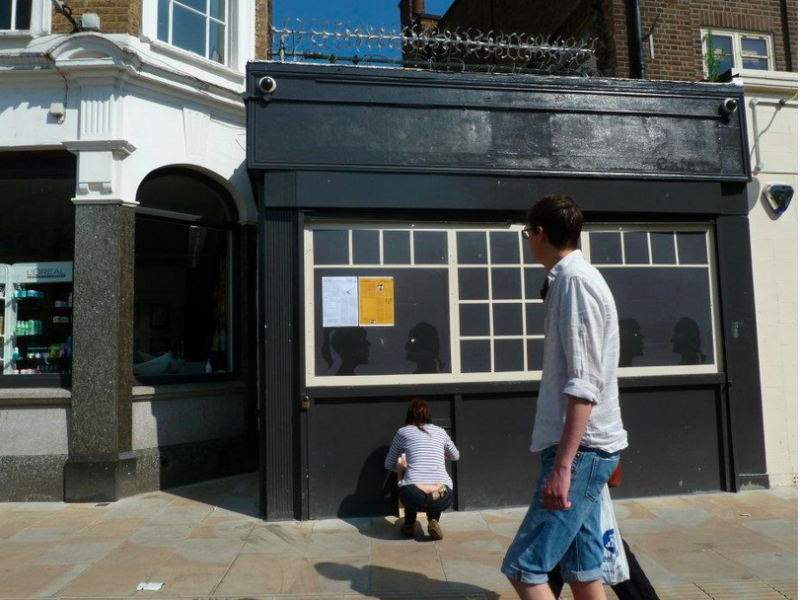 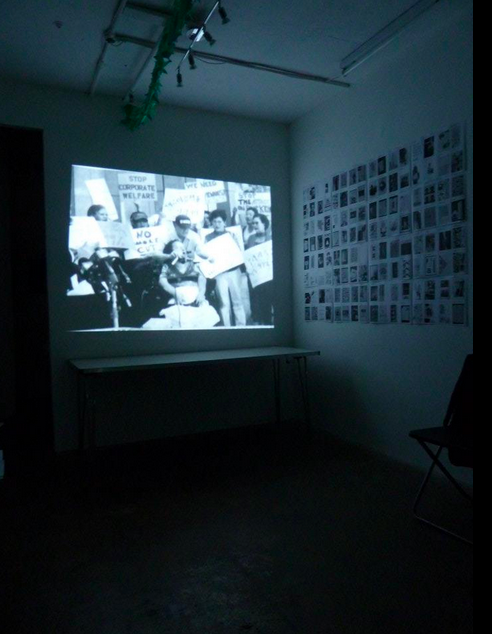 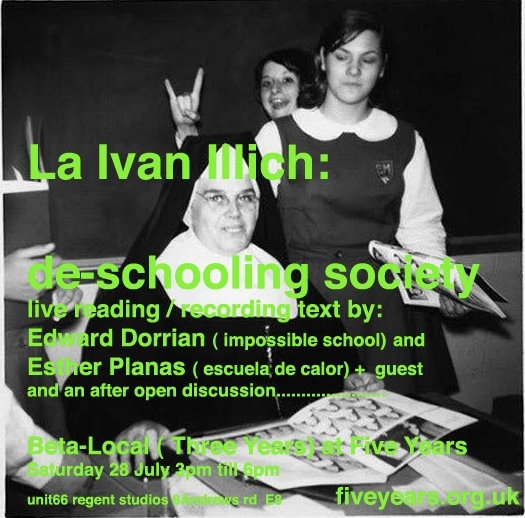 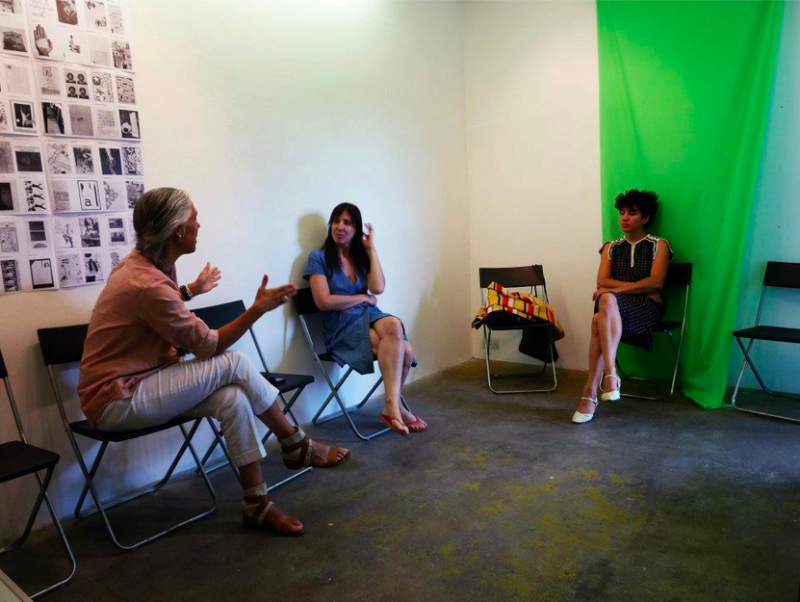 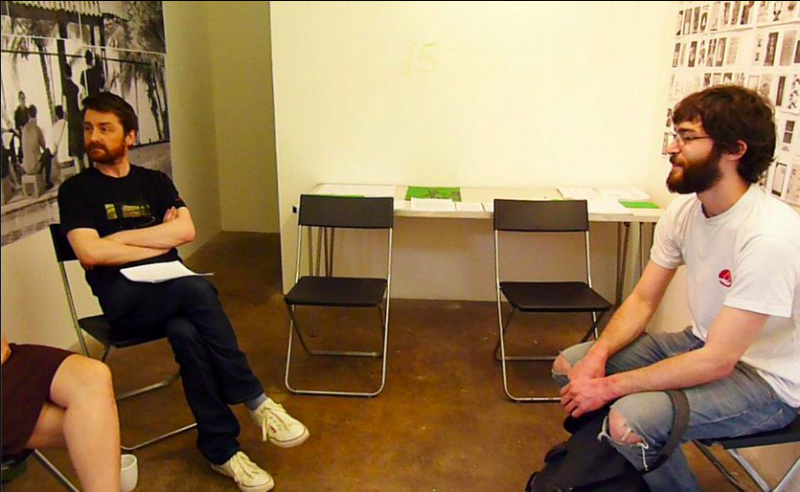 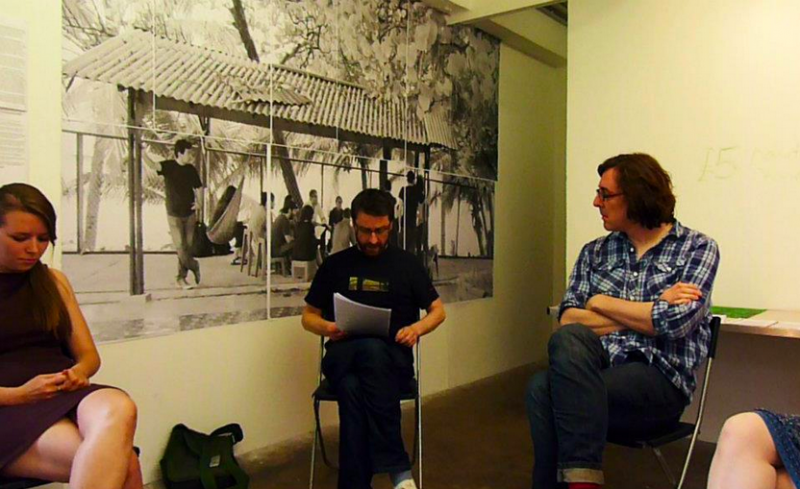 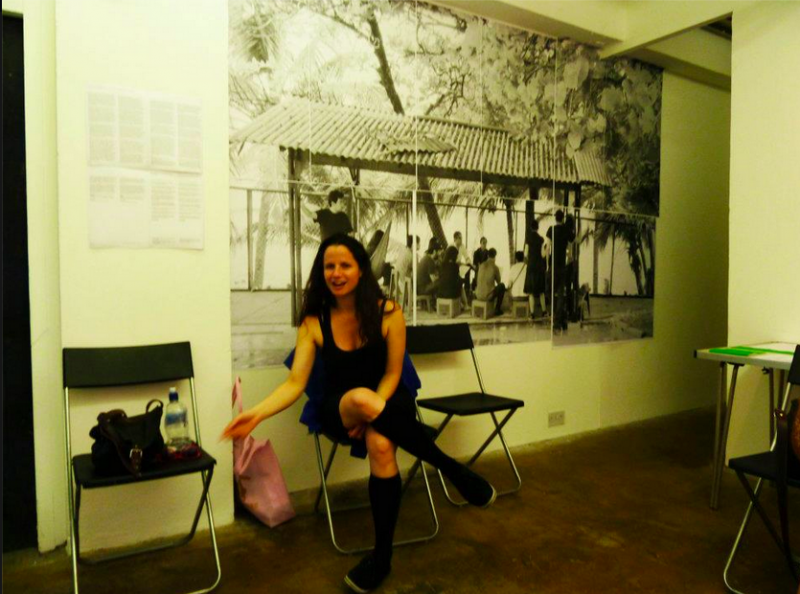 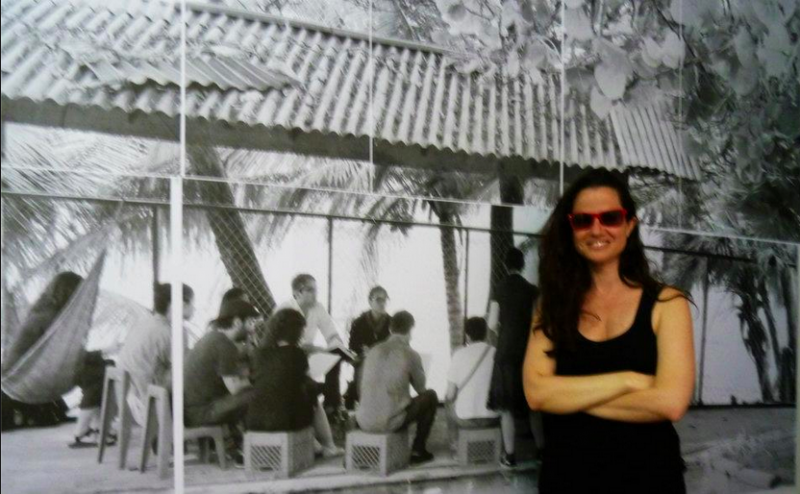 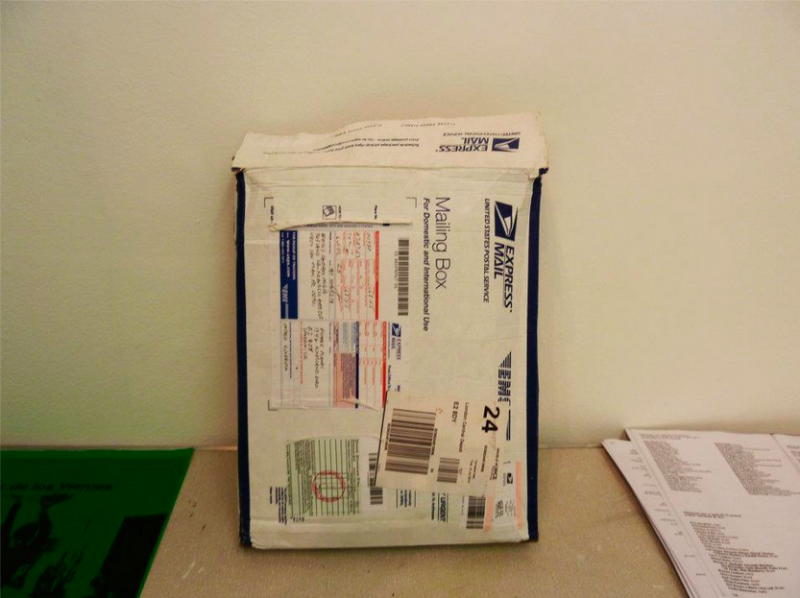 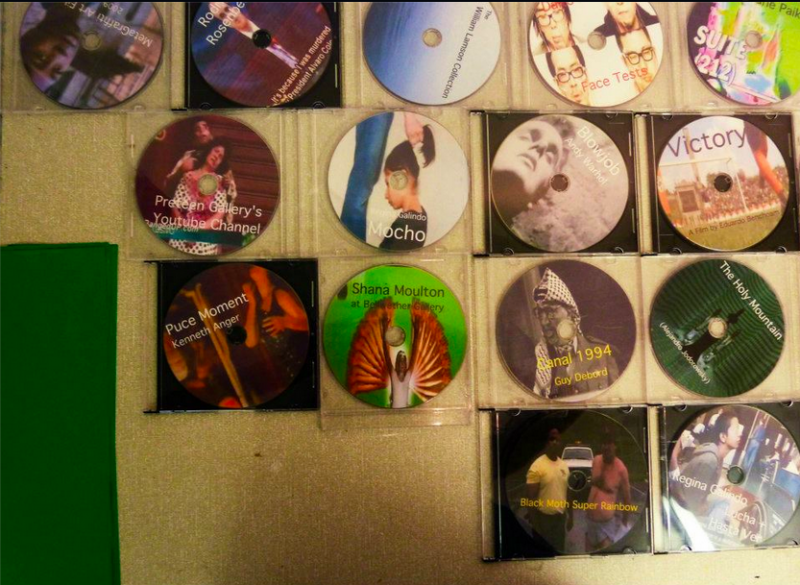 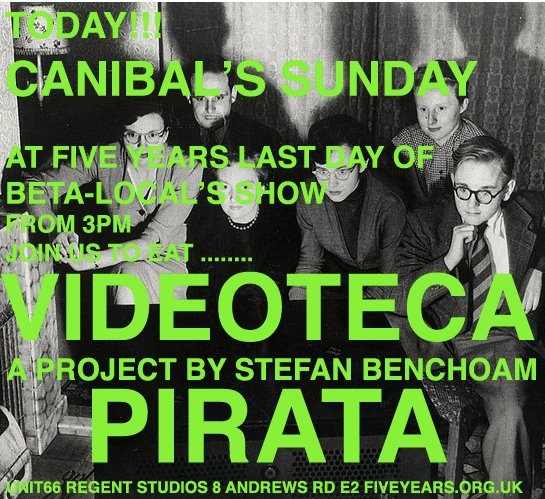 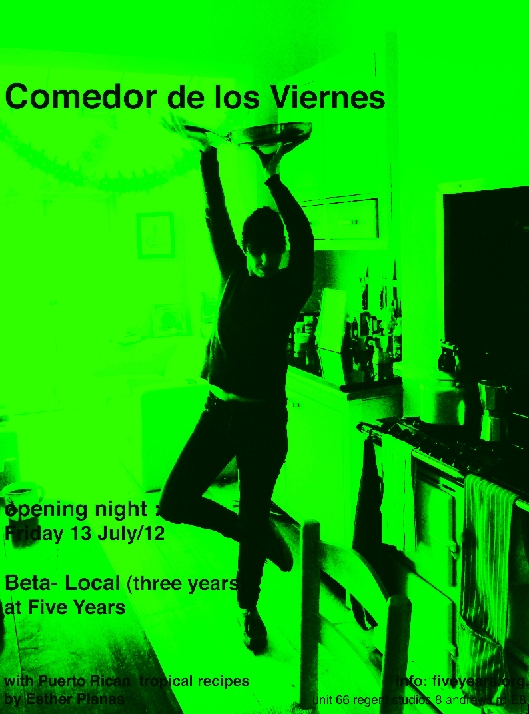