During the days I was visiting Puerto Rico and the project of Beta-Local, I meet Noemí Segarra who invited me as guest artist/tutor at Piso Proyecto(a dance and urban interactive project run by Noemí) I found a site that called my attention. Ivan Acosta do Santos, one of the dancers of Piso Proyecto, had Shamans on his family and was very interested about the figure of Helio Oiticica.
He asked me to introduce him to more of H.O. material and it occurred to me that we could recreate or actually call Helio's spirit so that we could experience his work instead of just thinking about it.

We then agreed to collaborate on this intervention as an invocation and a ritual (where we would connect to the spirit of Helio) on the urban area of La Plazita de Santurce in San Juan, Puerto Rico .
The area is called Vista Alegre and is a zone where people live on basic constructions since long ago and is very popular for its live Salsa Bodeguitas and Barras.

Once on site, we started sensing the space and getting it activated by placing the fabrics and then slowly too, moving and feeling it. Ivan found himself hiding covered by the biggest fabrics wile I enter the role of a body under the influence of an improvised Parangolé.
Then, a guy arrived and after observing us with a smile on his face, started to have a conversation.
It was quite amazing to hear his statements about art and artists, vocation, spirits and God.
The dialectics of low and high Art and Culture had blurred. It was live performance at the same time than a kind of voodoo or dance seance.

Show at news of the world invited by The Centre of Attention
The films are shown at Curators Studio a show about a curatorial studio exercise.
Intensive care or such urgent times we live! show and live talk at "news of the world gallery", 50 Resolution Way, Deptford, London SE8 4NT
info :
http://www.thecentreofattention.org/home2.html 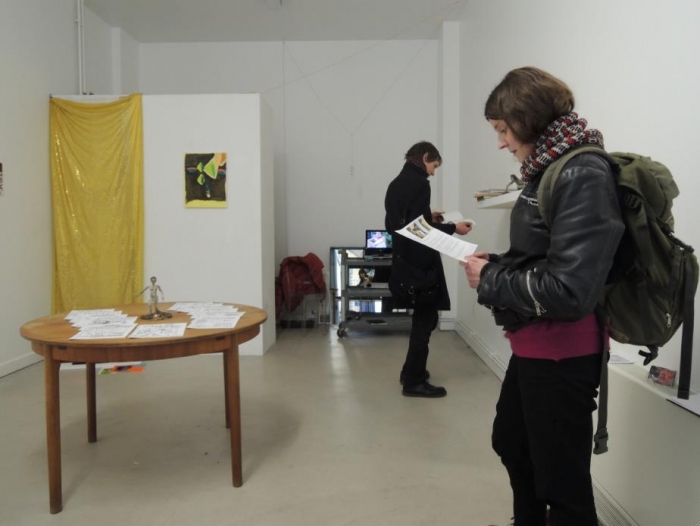 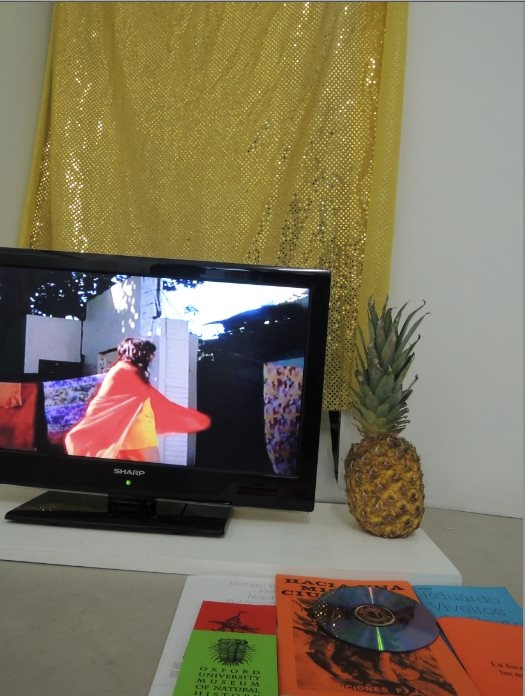 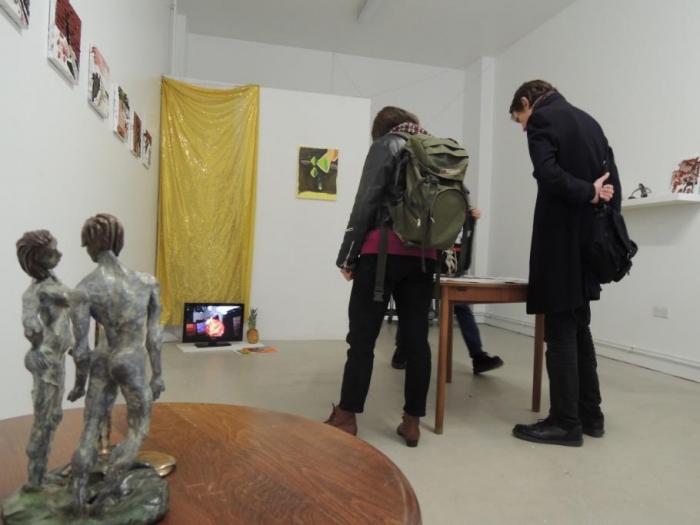 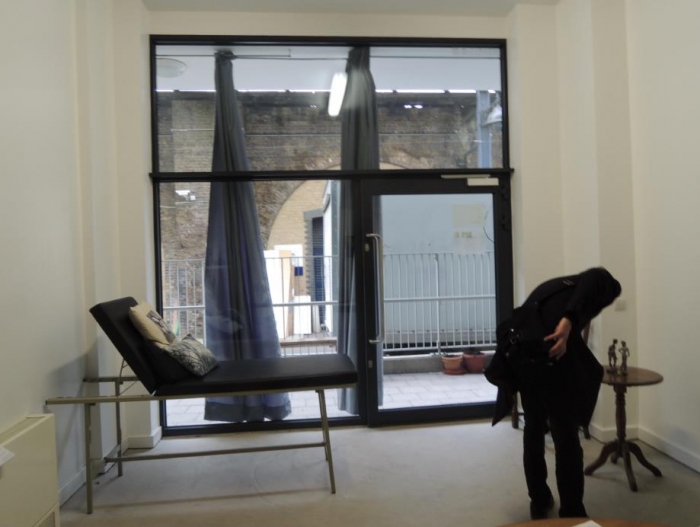 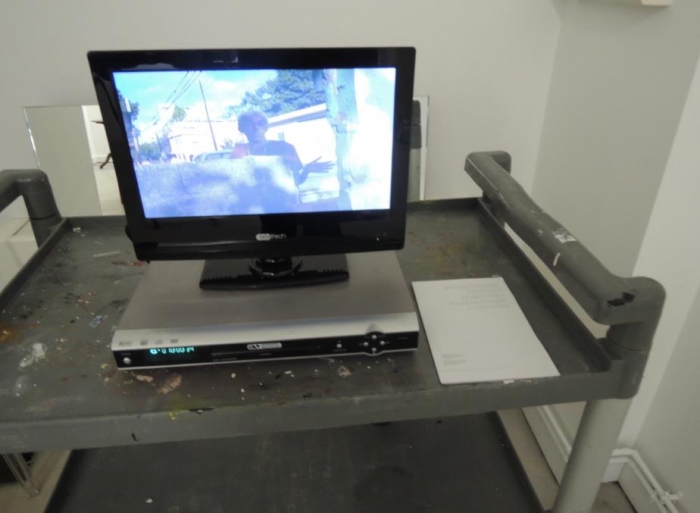 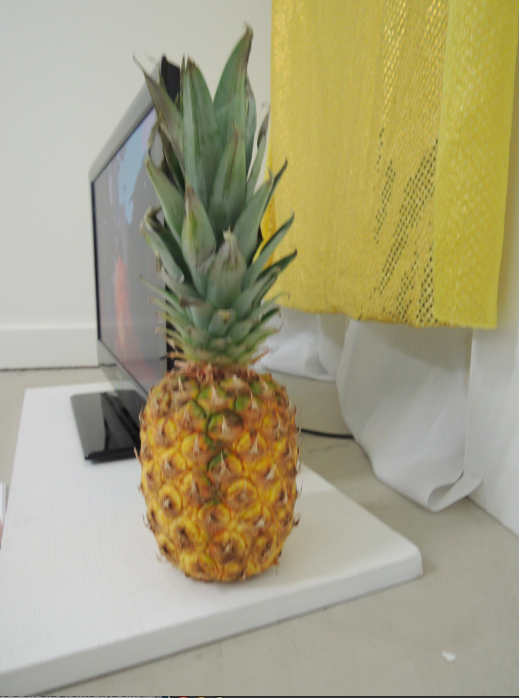 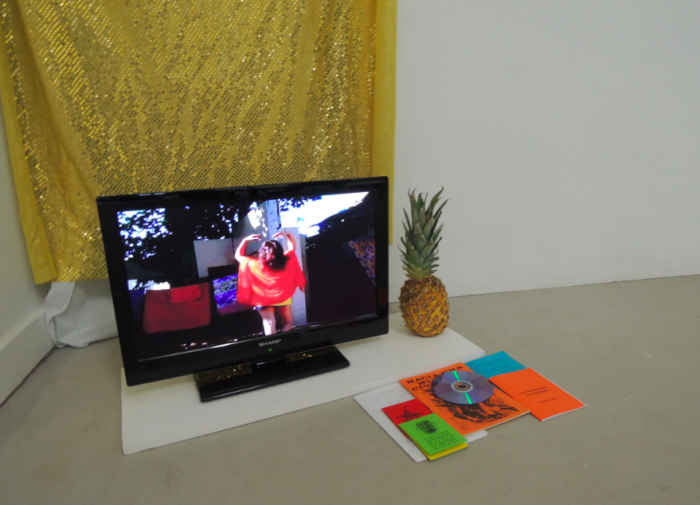 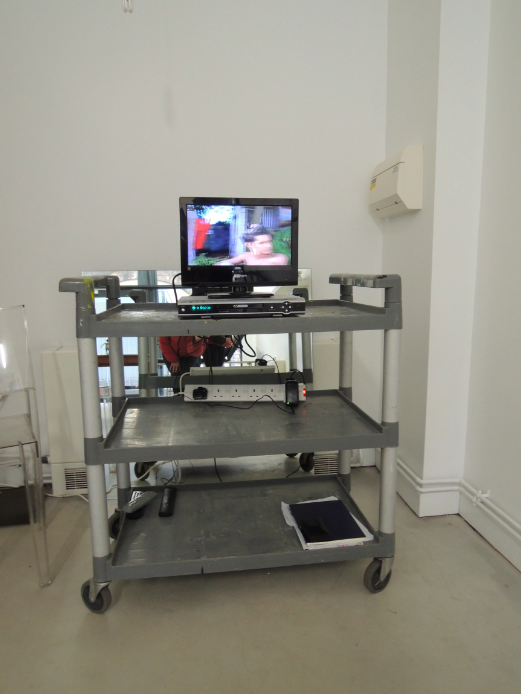 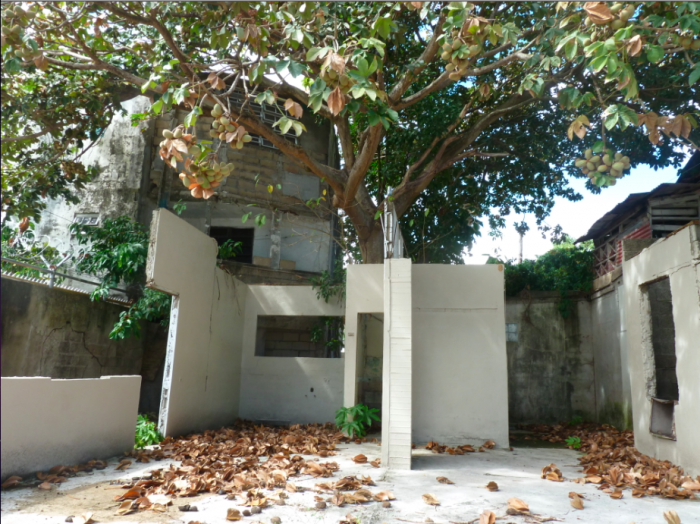 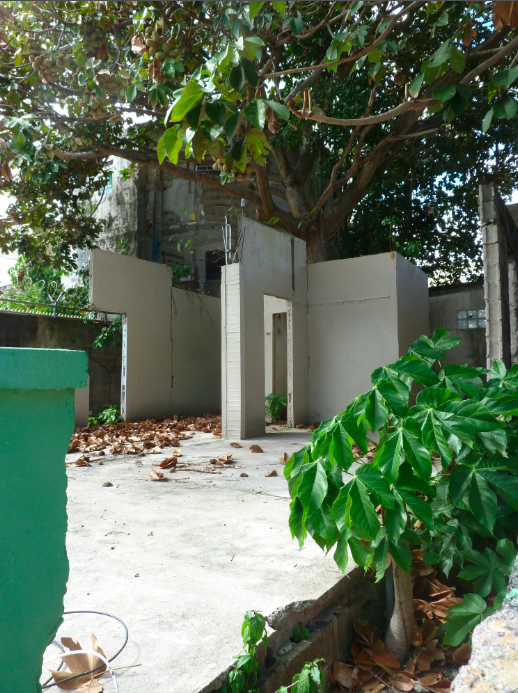 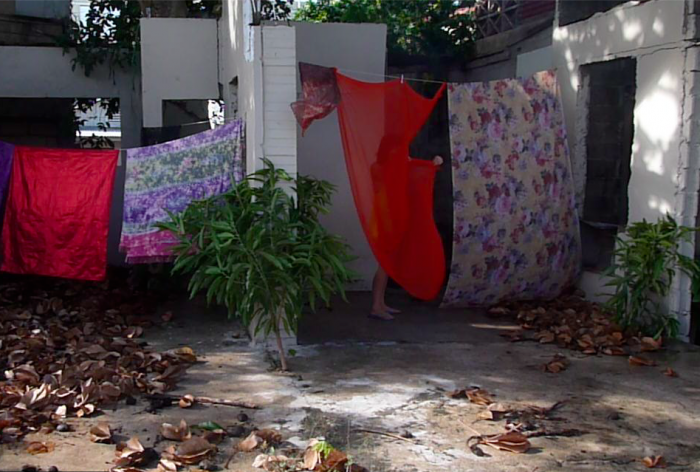 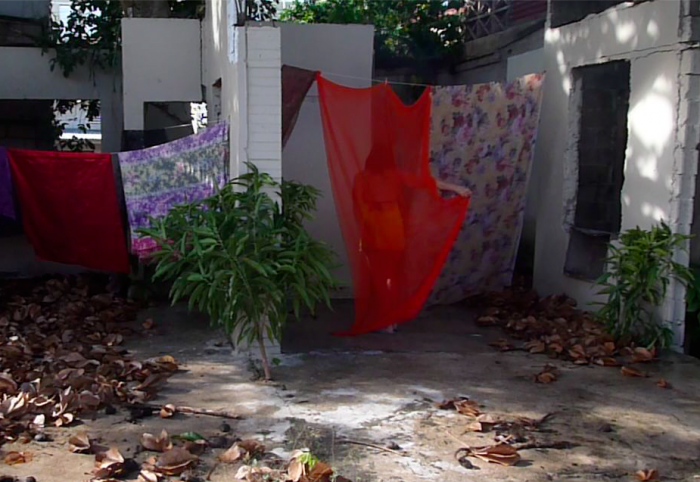 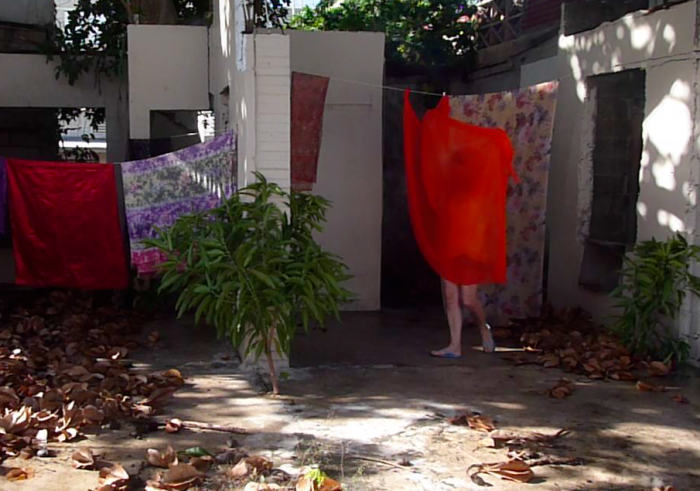 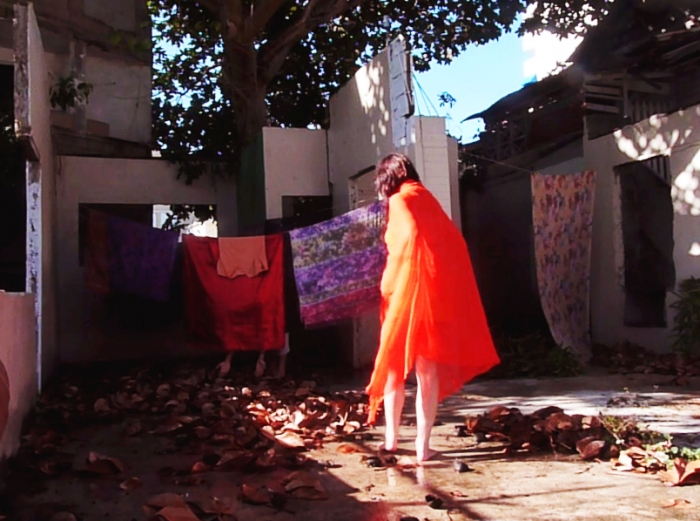 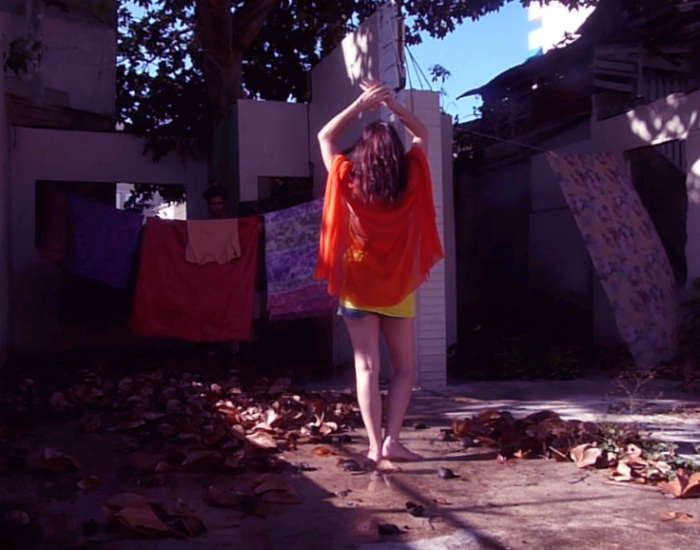 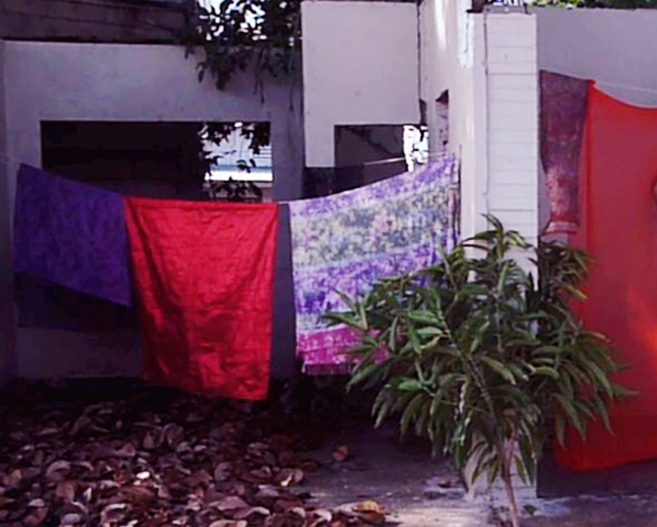