Dark Star fanzine is primarily the work of artist and performer Esther Planas. The publication is both a vehicle for the fragmentary, pop-folklorical narratives that lie at the heart of all the artist’s work and a kind of diaristic, zeroxed collection of material that inspires and obsesses her - recontextualised images from magazines and books, photographs of friends and relatives - the various disparate elements woven together by her own drawings, collages and handwritten texts. Each issue also icludes collaborations and contributions from a number of invited artists.

The obsessive repetition and disregard for narrative development or conventional song structure that characterise Dirty Snow?s music are mirrored in the editorial approach and (anti) design of Dark Star.

Although distributed worldwide by the influential French company OFR system, Dark Star is nevertheless in many ways a wilfully obscure entity. Begun, like the band, in 1999, the publication was initially intended as a virtually private project, a xeroxed notebook or diary to be handed out amongst friends.
In spite of its presence now on shelves alongside the myriad style-culture glossies, it retains its elusive, secretive character, any information contained within its pages concerning contents, producers and contributors tends to be both minimal and virtually illegible. Each issue (nos. 1, 2, 3 and 4) have been published annually since 1999) presents itself without explanation or apology : 150 pages or more of meandering, playful, obsessive and ferociously lo-tech, cut and paste, zeroxed imagery and graphic invention.
The kind of no-holds barred, anti-design attitude and aesthetic which the so-called zeitgeist in mainstream publishing (see recent issues of Dazed et al) has only recently,belatedly and somewhat politely,begun to assimilate.

an extract of paper Dark Pop as Methodology:

'As an artist, I wanted that this looking back and research, would become a transformation of those references in to actions, contents and ways of producing and displaying art.

Dark Star was also distributed and sold in special book shops as the Serpentine (by Walter Koenig) or Collete in Paris…. this was before Publish and Be Damned, and it was before many things that now seem just natural or even too ubiquitous as artist practices.

The production of a project as Dark Star that was intended to be an art work as publication, makes me think in retrospective from now on how it was implicit the idea not only of publications by artist but also of the artist as editor, producer publisher etc. In this case it was for, again, an exploration on to the uncharted waters of production and editing on the boundaries of commercial or specific art context. By distributing Dark Star in open public bookshops instead that in the gallery, it became very quickly co-opted and its influence could be perceived basically in the more superficial context or cultural productions as fashion advertisements or magazines new collage style for their graphic style.

The way of working and processing material, would become a methodology, and my next works would be structured like this: text, drawings, photos photocopied, a book or books, posters, collage, floor cushions to rest and read, record player, vinyl, tv, slides by carrousel, video projection. It was a way of thinking the installation as a device for the public to be immersed on the elements and the narratives that it would encounter. What is a book if not a format that facilitates a narration? But we can also say that is a structure and an object that supplies this narration with highlights …. the book as object,as art is a way of imaging relations, actions, communications and its transformations. If a book can become an installation, a stage, a theatre piece, a film or a song and it can also become an sculpture, a life organic being as in Lygia Clark’s Bichos …we can see how from the most strictly modernist angles and its liberated zones, the research is a practice on formats context and material related to space, time and communion with a public that would relate, activate, read or dance with us."
Esther Planas 2015
for the whole paper: https://www.academia.edu/12010413/Dark_Pop_as_Methodology 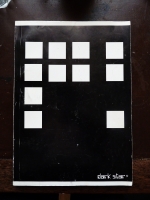 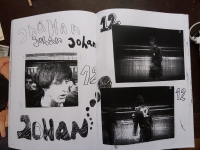 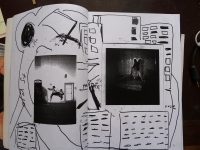 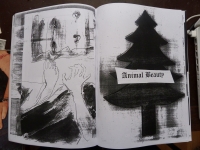 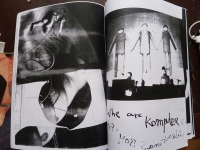 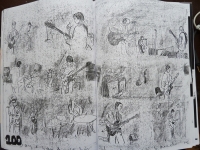 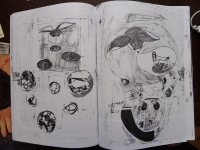 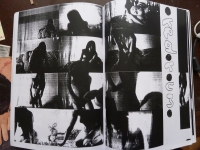 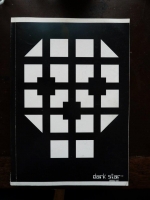 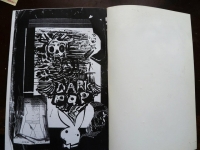 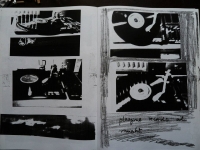 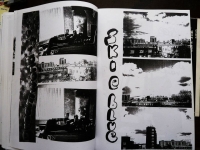 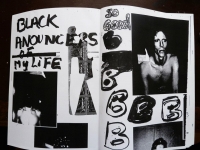 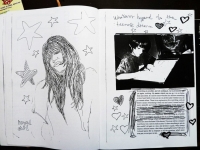 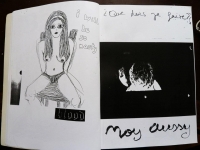 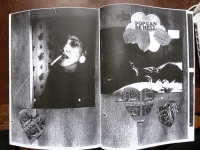 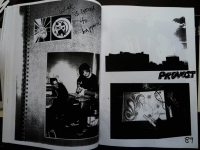 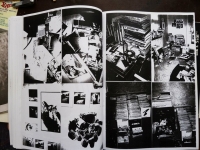 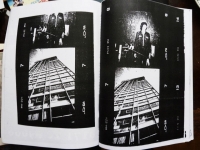 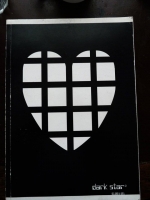 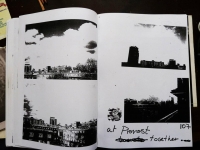 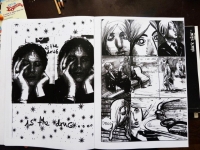 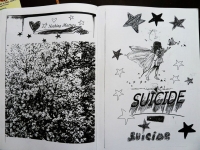 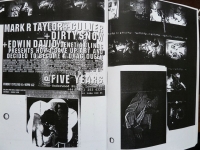 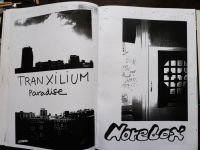 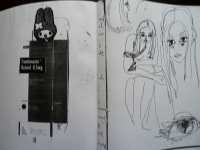 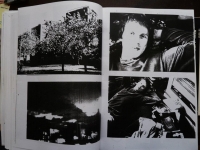