The short lived but influential V.O. magazine was a project that came out of a need to produce a visual and textual context for the very active Spanish culture and art scene of the early 80's in to which I was deeply involved since mid 70's. The publications where specifically dedicated to our contemporary territorial contents and sources, in an instictual attempt of observing, theorise about and reflect on our "transitional phenomena", from late-fascism country to a supposed freer place where counter-culture will not be persecuted.

V.O. was a monographic publication that would issue "themes" on an "open structure" that was not time based as it was usual by the magazines of that era. Every number would have a key title related to the monographic subject and visual and texts will inform the contents at various levels.
Being one of the strong points the inclusion of philosophical, sociological reviews or short essays that were mixed dialectically with "comic's illustrations" or artist photographs etc.
V.O. was a crossover between artist book, fanzine and art mag, strongly inspired on the anglo/american publication ZG, that was also edited by a women called Rossetta Brooks.

The intention of the project was to produce a series of critical texts and testimonials, that today could also be seen as some how intuitive proto-essays on Cultural Studies/ Visual Cultures.
And when the neoliberal spirit came to replace completely many of the art and culture actors and agents, most of the summoned contributors, would not collaborate in exposing that, that they where an incipient part of. In this sense, we can say that V.O. was a sort on undead half zombie project. It became harder and harder to actually do and get the material ideally wanted and it stoped being what it was supposed to be .It actually was actually quite complex for the editorial aims to come across in such era, once passed 1984.

V.O. was quite obviously, a product of its time, but no so well understood by some of its featured peoples or even its main contributors etc. As where editorial intentions came from, would really want it to be critical, de-constructive, wile for most of the peoples of that time (with the fewer exceptions as philosopher José Luis Brea, experimental cinema maker/writer/critic Joan Bufill or former editor and writer Ana Rey) V.O. was just "a mag" on to wish be featured.

It became painfully apparent for myself and that very few collaborators that we were those few who knew what was it that was important and relevant. But we were also quite young too. We were all under 30 ( in my case 23/24 and 25) and the energetic force of the lavish, celebrity orientated and ludic 80's that the decade became known to be, had already taken the minds, purposes and aesthetics of many.

A mortal fight between our line of thought and ethos developed between "one side" of things (that were a follow up to the theorist and writers/thinkers from 70's counter culture critical look at events and structures) and their's.
The cross fire between us and the other's became more crude. This will include as well, all the language politics between Catalan newly structured powers and cultural agents and their resentment to anyone who did not spoke the language. Political agendas of promoting culture as propaganda or erasing for that matter real peoples and real activities considered right to be purged for not being edited in their language.

We can also assert, that the project itself is quite a statement of anthropophagy (as V.O. dared to bootleg or eat out and reproduce some articles from Z.G.) it would be interesting to know what sort of, looking at some essays from Suely Rolnik about the subject, there are two ways of actually assimilating "the other's" culture, so that V.O. may represent option 1 or option 2, but most likely, a sort of odd cross over between the two directions, because even though my instinct and will was of applying my cultural colonisers systems for my own cultural background context and contents , its direction towards pimping was inevitable ..

And this is why I had renounced to continue V.O. else where, as I had been approached by other Editors and Publishing Companies including the Government's department of Industry and Energy that proposed me to be their Editor of a kind of magazine like mine (obvious that it was impossible)

Officially there where three numbers and a fourth rare late one that had gone lost and the rest is
History...

V.O. has been recently acquired by MACBA, Barcelona. In order to check the publications out call the archives on artist publications. 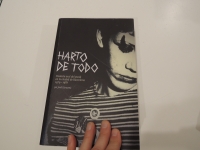 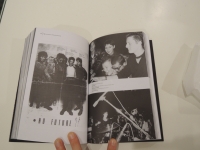 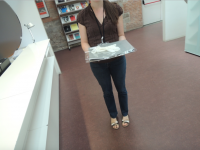 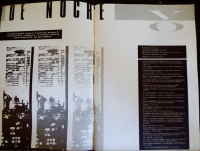 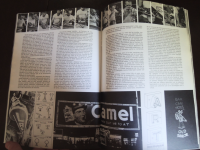 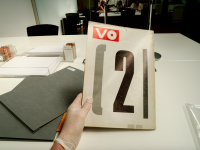 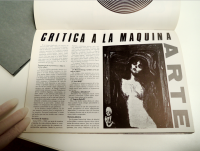 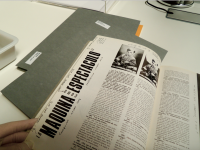 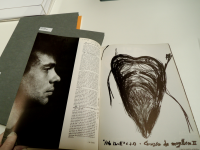 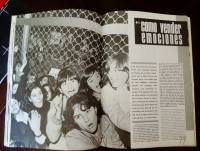 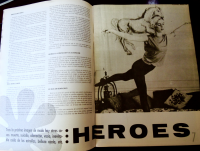 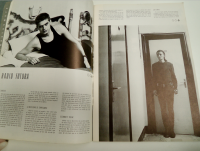 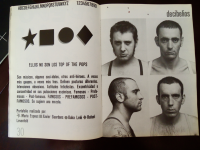 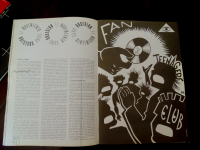 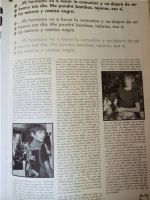 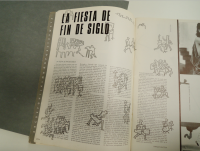 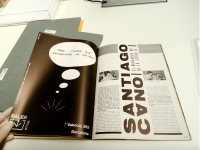 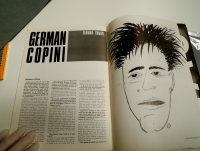 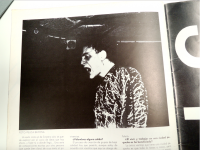 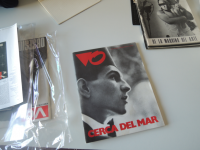 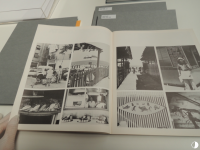 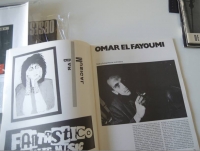 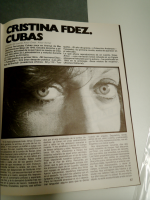 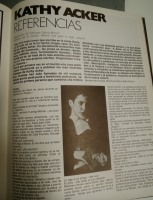 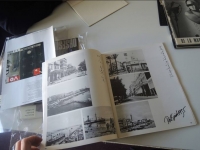